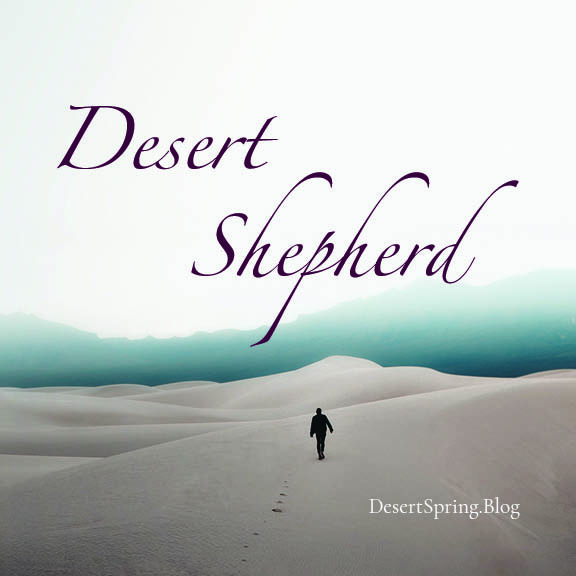 “He found his people in a desertland,

in a barren place where animals howl.

took care of them,

because they were helpless.”

And God found them there.  The desert had not been His intention, yet He had pursued them to the very place that would destroy them if left to themselves.   He stepped in as Guardian of their lives, providing for their needs in order to survive in this desolate destination of their own choices.  And He stepped in to protect them from all the things that threatened their existence.  They had gone too far to help themselves.  They were not able to protect themselves, or to do anything to escape their advancing demise.  They had gotten themselves into this deadly situation.

Yet, the Shepherd of all shepherds stepped into their hopeless reality:

In the desert refugee camps, I was privileged to know a man – a governor – who lived out a similar reality, as a Good Shepherd:

He led the largest camp with quiet strength, wisdom and vision.  The previously struggling camp was transforming into a vibrant, productive community.  He worked tirelessly toward his goal:  If they can learn to thrive in hardship, they will flourish when they are back in their homeland of Western Sahara.

Often weary and overwhelmed, he would journey alone to  the sand dunes and peer up into the star-studded heavens.  There in the vast quietness, he would pour out his heart to The Creator.  Perspective returned.  Clarity. Purpose.  Comfort.  And he would return to his camp of thousands, ready to face another day.