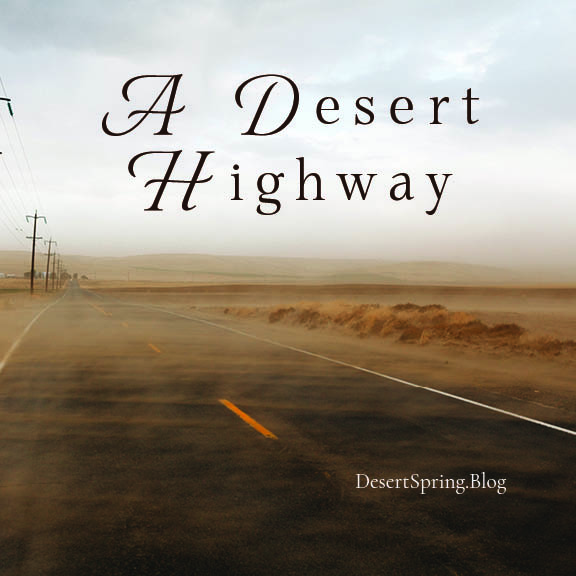 make music to praise His Name.

Make a highway for Him to ride through the deserts.

The Lord is His Name.

Celebrate in His Presence.

The God who is in His holy dwelling place

is the Father of the fatherless

and the Defender of widows.”

God loves music.  He created it.   His Song fills Heaven, and He clearly wants it to be used on this earth to praise His Name. He doesn’t give many details as to how it should sound.  He just loves to hear us humans singing and making music to praise Him.  He even specifies to focus on His Name.   That gives a lot of lee-way for the music-making. After all, He knows us, our capabilities, our talents and our musical abilities.  Or inabilities.  It doesn’t seem to matter that much…as long as we’re singing to Him with joy…with praise.

Imagine your own child making up a song telling the good things about YOU.  Would you get picky about the vocal quality? The musical skill?  The grammar?  The lyrics?   Probably (hopefully!) not.  It would be a joy just to hear the song they made up about you, describing the good things…the things they love about you.

I think it’s probably the same idea of God’s joy in hearing us – His kids – sing aboutHim, andtoHim.

It’s interesting that immediately following those words, He tells us to “make a highway for Him to ride through the deserts.  The Lord is His Name.”   Have you ever driven through a desert?….without a road or highway?  It’s brutal.  It’s dangerous.  It’s either hard, rocky, ground that can easily wreck a vehicle (and then you die out there), or it’s “sinking sand” that can literally bury a truck  or person (and then you die out there).

The “Great Desert” of Bible stories stretches from the Middle East all the way through North Africa.  It is the “least reached” part of the globe, as the majority of that massive region has never heard, read, nor met people who know and follow Jesus.

That region of the world is a great, vast desert….literally and spiritually.

God tells us to make a highway for Him to ride through the deserts.  And He wants us to do it with a Song….a Song of Joy about Who He Is.  He has a role for us to play in Singing His Story where there is little known of Him.

Notice the two key parts of His identity that He wants us to “sing”:

God invites us to make the highway through the desert upon which He will ride as Good News…the Best News….to a broken, suffering world that waits to hear…

When we first met our “desert nation” in 1999, we were told that we were the first “Followers of Jesus” they had met. We were watched carefully, lest we “ruin” their world with our Western ways and religion.   However, within a few years, the first “public events” we were invited to bring were Worship Concerts, singing the songs they had come to love as we would sit through long, HOT afternoons with our CDs of songs of God and Jesus.  Our worship concerts went to every camp.

I think, without realizing it, that we were “making a highway through the desert” that He could ride through with the wonderful news of Who He Is…..”Father to fatherless, Defender of widows….”    All Good News!

What part of the Highway has He put you to work on?  Are you working on it?   Building that highway….that God will walk on to bring our lost world to encounter Him.

2 Replies to “A Desert Highway”