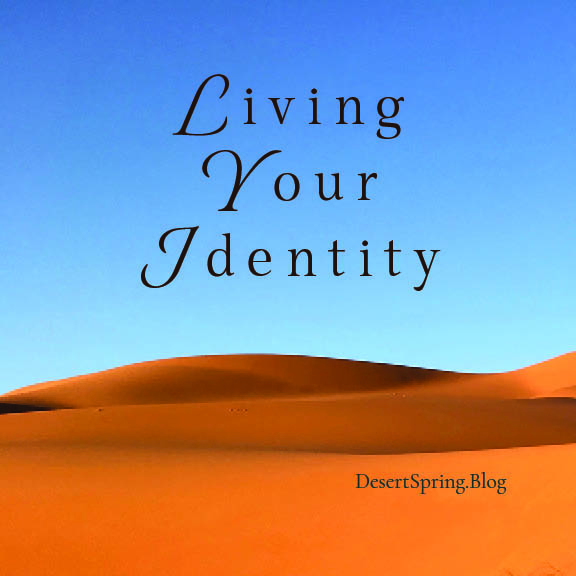 “The Father had put everything in Jesus’ control.

He also knew that he had come from God

and was going back to God.

So he got up from the table, removed his outer clothes, took a towel, and tied it around his waist. Then he poured water into a basin and began to wash the disciples’ feet and dry them with the towel that he had tied around his waist.”

Jesus knew exacty Who He Was.   And what an identity He had!!  He knew where He had come from, where He was going, and He knew the fact that he was in full control of everything!   He was One-of-a-Kind, in all of eternity.

Yet, directly tied to that Ultimate Identity, “because of that” look what He chose to do:

“Jesus knew He had come from God and was going back to God.”   Very soon. Within the next few days.  He knew Who He Was….Whose He Was.  He knew “…everything was put in His [Jesus’] control”  by His Father.  He had the most miraculous, super-human, powerful, perfect Identity that ever walked the earth.  And He knew that these men, dear friends, would woefully fail Him in the coming hours and days.

Yet, in that Identity,  He chose humility, kindness, and love for His friends. He chose to serve them, notbe served by them.

May we find such confidence in knowing Whose we are, that we can kindly, lovingly serve as Jesus served. . . even those who may hurt and disappoint us most.