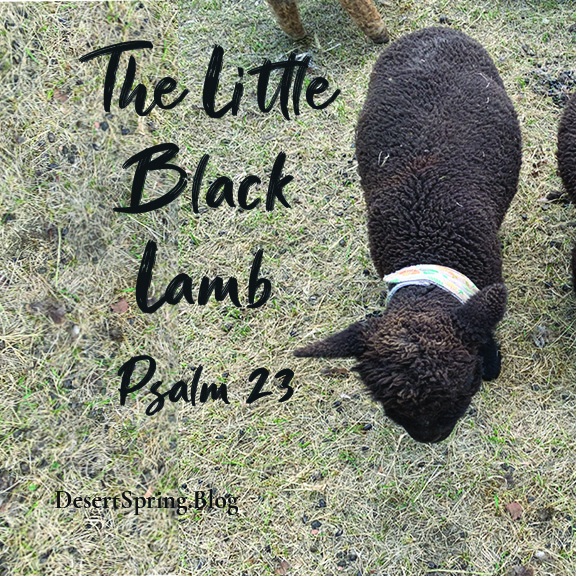 “You prepare a banquet for me while my enemies watch.”

The first night of the initial flock’s presence in our field, the ewes were being settled into their simple shelter.  Suddenly, from the edges of the field, the howling of a dozen coyotes began.  Out of the darkness the spine-chilling sound came.  They had detected the sheep, and were watching for their opportunity for a banquet.  We had never seen any coyotes, but their chilling howls were clear.  And near. My son, Nate, could see the eyes that were beginning to line the perimeter of the field.

Thankfully, the preparations of a good fence and a solid shelter were effective in keeping those watching enemies at bay.  The ewes were able to settle into the clean hay, where clean water had been prepared for them.  They were safe.  They could rest.

All those who follow The Good Shepherd can be confident that His Care will be safe and sure.  The Bible says that He never sleeps . . . not even for a minute.  Though the Enemy of our Souls is always on the prowl with his eye on us, we can be sure that our Shepherd hasn’t missed a thing in the preparations for our care, protection, and all that helps us thrive in our world.

He doesn’t just throw us the scraps.  He goes above and beyond the basic survival mode when we belong to Him.  Without the Shepherd, the sheep are a hopeless lot.  His care extends far beyond mere survival.  He brings us to a banquet . . . celebrating each one who comes into His flock . . . His forever family.