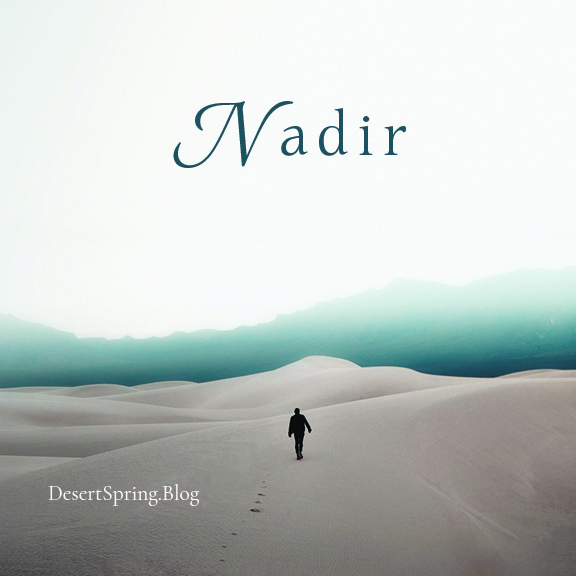 Today began with tears.   I received a message from the desert that a dear man had died.  This quiet, kind “man of peace” had been a long-time participant in the Dialogues we have held for the past 13 years in the desert refugee camps.  Nadir was not a refugee….he was a very successful businessman of the large city nearby the desert refugee camps.  He had built a home for unwed mothers in the camps….so well done, built with deep compassion.  He had also orchestrated a caravan of trucks of needed supplies for the camps, all at his own expense.

I am sure there were also many acts of love and compassion that I never heard about.  A quiet, gentle man, he was dedicated to the significance of the Dialogue, where he learned of the One

Who had given His life for all.

Then I began my morning quiet time, and read these words:

What Hope!  Thousands and thousands of Words have gone out during the Dialogues through these many years.  Truth.  Absolute Truth.  Beautiful, hopeful Truth.  Words of The Word who became one of us to make Heaven possible for us.

Nadir was consistently there, sitting near the front.  Listening intently.  Quietly.  Respectfullly.  He was a man whose life reflected so much of the Words that he absorbed throughout those times together in the desert.