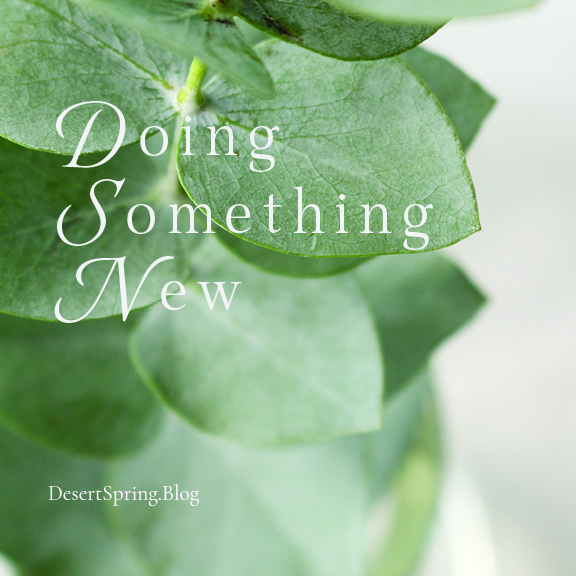 “ The Lord makes a path through the sea

and a road through the strong currents.

Forget what happened in the past,

and do not dwell on events from long ago.

I am going to do something new.

It is already happening.

Don’t you recognize it?

I will clear a way in the desert.

I will make rivers on dry land.”

As I write this, on the final day of 2019, the poignancy of this passage brings tears as well as peace.  God’s people had been through incredible experiences. They had literally walked through an enormous sea, its powerful waters pushed aside, towering above them, as they walked through on dry land. Pharoah’s mighty army was close behind them with every intent to end their lives…God’s people…God’s nation.   What they were going through made no earthly sense.  They had no other choice but to move forward, tho’ that seemed like the final step toward a death that would surely come.

But in the midst of the impossibilities, God was there.  He was in the center of it all.  He was with them.  Tho’ His people did not think they would survive walking through a sea that surrounded them, looming all around them, waiting to completely destroy them at any moment, God was there holding it back until they had all passed through the incredibly impossible experience.

The desert that awaited was not, I’m sure, what they had dreamed about from their desert of slavery.  In God’s divine wisdom, He still had a lot of work to do in the hearts of this people that He had chosen to be His own.  They needed to learn how to be free.  They needed to learn how to become a nation.  They needed to know Him.  That takes time.  It takes a lot of pain, unfortunately.  But through pain and loss, the most powerful and deep changes come in our own hearts.  Through them, if we cooperate, God becomes most real.  Most clearly active in us…if we let Him.  In the midst of tragedy and loss, we can run from Him . . . or to Him.

Through the journey I’ve had in the past two years, I have come to know Him to a depth as never before.  Because of pain and losses like never before, He has shown Himself to me in ways I’d never experienced before. . . in ways I had never needed Him before.

For me, having to walk with God through a literal desert with an exiled nation I’d never known before 1999, and the personal tragedy and losses of the past 2 years, I have also experienced the unending Love, Kindness, Faithfulness and Nearness of this One Who drew me to Himself as a little girl.  I am seeing some of the “way in the desert” that He is creating….and dipping my toes into the rivers He is creating, in my own life and in the desert.

I don’t know what it will look like, but I know it will be the best, because He will be there.